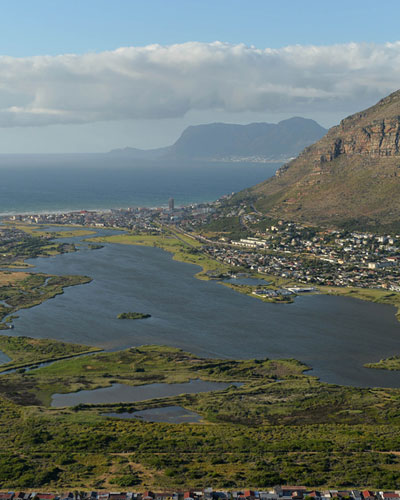 In 1974 George Begg, an ecologist employed by Anglo American, approached the Cape Bird Club (CBC) to help monitor the bird life at Zandvlei while the Marina da Gama was being built. Profs Gerry Broekhuysen and Winterbottom (UCT ornithologists) were group leaders on these counts; co-ordinated and organised by Alan Morris with the data sets recorded from December 1974 to May 1983.

The terrestrial back section of Zandvlei was the area designated as a bird sanctuary and was named Wildwood Bird Sanctuary, because of all the dense tangled thickets of invasive alien vegetation. The official acceptance of Wildwood by the City of Cape Town from Anglo American was in 1977. An Advisory Board was set up and the CBC was represented at the quarterly meetings. In November 1980 the area had been fenced and pathways with bridges and a hide were built by club members. In April 1978 Alan Morris started the monthly hacks to help the City’s effort by demonstrating the clubs interest in the sanctuary. These hacks continue to this day, led by Gavin Lawson. In 1987 the sanctuary was increased in size from 11 to 22 ha.

These photographs of maps and survey paintings were supplied by James Forsyth and are from a book titled; Grote Atlas van de Verenigde Oost-Indische Compagnie – Comprehensive Atlas of the Dutch East India Company by Bea Brommer, with contributions by Leon Hattingh, Dan Sleigh, and Hein Zielstra. The maps are housed on the Zandvlei Trust website.