In 1714 Alphen was a property of about 11 acres, probably growing fruit and vegetables. There is a suggestion it was also a nursery for vines. This was the area where the Brommersvlei stream and the Burgersboschspruit joined the Diep River, the main source of water for the farm.

Various buildings were put up during the 18th, 19th and 20th centuries around the Great Square, the oldest being the Jonkershuis.  The 18th century Manor House is unusual in that it is double storeyed with a carved and marbled front door probably designed by Anton Anreith. The Alphen Estate is a National Monument.

We don’t know the exact dates of many of the buildings, the exception being the Mill on the banks of the Diep River where the following inscription was found on a beam: “Johannes Balthasar Breuning uit Hessen Darmstadt ampt Grimberg van de Colbe mole geboortig heft deze mole getimmert anno 1772”.  This is the oldest Mill in the South Peninsula. The wheel has disintegrated, but archaeologists found a section of it during restoration work in 1997 and it has been measured and redrawn so it can be reconstructed one day.  Part of the Burgersboschspruit was diverted through a leiwater into a koffieklip dam north of the cellars.  The dam then fed water to the mill and powered the wheel.  It also led water to a dam east of the Manor House.  That dam has long since been filled in, but the family plan to restore it.  The koffieklip feeder dam was unfortunately destroyed when the Council built Peter Cloete Ave.

Alphen had a number of owners and grew across the years.  In 1850 Dirk Cloete and his wealthy wife, Katarina Reneira bought the property.  Dirk increased the size of the property further until it spread northwards over Wynberg Hill and included what is now Glen Dirk farm, Monterey / Oosterzee Heights and the areas where the Constantia Village shopping centre and the sports grounds stand.  It became the most successful wine farm in its time. 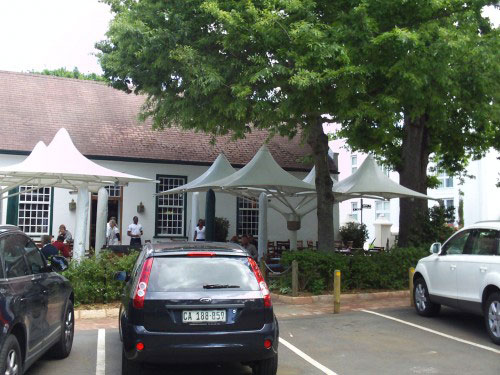 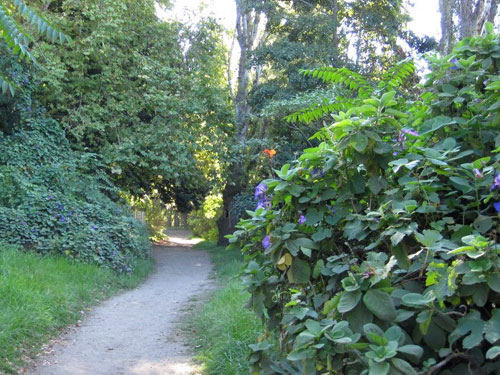 Later, sections were given to Dirk’s two younger sons, other bits hived off and sold and the rest of the farm was subdivided for housing in the 1960’s leaving the original 11 acres, the heart of the estate.  Without a farm to support it the family had to find other uses to maintain the Manor House, cellars and other buildings on the property.  The hotel came first in 1963, (it has five stars) and the pressing and maturation cellars are now A grade offices.

The popularity of the Alphen Trail, which starts at the on the south-eastern boundary of Alphen and continues along the Diep River, has increased the traffic to the area and we are in discussion with the City to provide extra parking on the open space next to the start of the Trail. The Alphen Trail – both sides of the Diep River – draws the most walkers of all the greenbelts in Constantia, and links with other trails to the mountains in the west. The eastern seaward down river trails are being developed as part of the Source to Sea project.

Part of the attractiveness of the Alphen trail is the restaurants where walkers go for coffee, a drink or a meal.  Turn left at the end of the trail and walk along Alphen Drive to the entrance of the estate and into the magnificent Great Square.  Find your way to La Belle Restaurant in the Jonkershuis or the Rose Bar on the Mill terrace overlooking the southern gardens.  Sit outside under the oaks in good weather, summer or winter and inside, particularly in the fire warmed La Belle when it turns chilly. It is not only the trail and refreshments to be enjoyed.  There are many treasures to be found at Alphen for the curious.

Written by Nicky Cloete-Hokins (2015). Current owner of the Alphen Hotel.