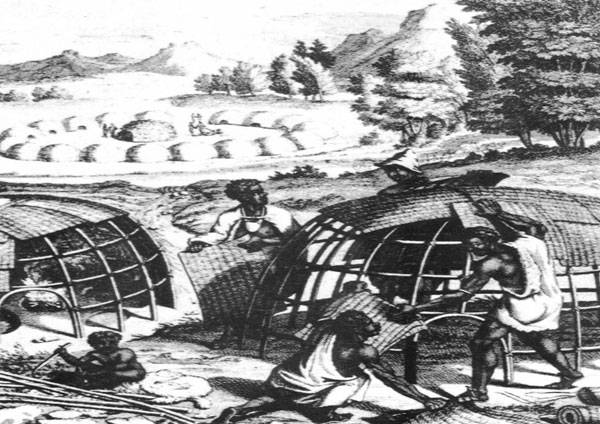 The first settlers to live and participate in the catchment were the Khoisan people.

The Khoisan lineage originates from Bushmen and Khoikhoi, and most research indicates that the Khoikhoi’s ancestors were related to the Bushmen living in the area of today’s northern Botswana and southern Zambia.

Around 2 000 years ago, the Khoikhoi people came into contact with pastorals and gradually drifted away from hunting and gathering towards herding sheep. They then moved southwest through Namibia and the north-western Cape, and eventually to the southern and western Cape. In all these areas they came into contact with established Bushmen societies.

When the first European settlers arrived in 1652, much of the cattle herds and grazing land that the Khoikhoi were looking after was used for settlements. The colonisers brought with them smallpox, which in 1713 resulted in an epidemic killing large populations of the Khoikhoi and Europeans.

Beginning with the entrance of the European colonisers, many of the historical narratives of the Khoikhoi were forgotten. Their histories have influenced the catchment for centuries and are extremely valuable.