See the partners, supporters and important role players within the Zandvlei catchment 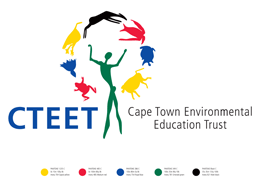 The Zandvlei Catchment has many stakeholders, including SANParks, City of Cape Town, organisations, various volunteer groups and private landowners. Most of these groups are already involved in rehabilitation efforts for the catchment.

The partnership between the City of Cape Town and South African National Parks (form the cornerstone of Source to Sea) is an important Source to Sea driver . Why this unique partnership? The Zandvlei Catchment is one of several river catchments in the Peninsula Mountain Range that links mountain fynbos and the mid-slope granite fynbos to lower-lying vegetation types such as sand fynbos and dune strandveld, along the western seaboard and the low-lying Cape Flats.

This means that Table Mountain National Park is ecologically connected to the remnants of critically endangered vegetation types that still occur in sections of the municipal area. Source to Sea, which encompasses ecological, social, and economic dimensions, demonstrates the potential benefits that could arise from project-based cooperation between the City of Cape Town and SANParks. Source to Sea connects areas that are protected by the municipality and areas that are protected by the national government and integrates communities along the catchment; for we all have a stake in linking protected areas, regardless of which authority protects them.

In order to access the engagement of these different stakeholders a coordinating body, known as the Zandvlei Catchment Forum, was established. The forum provides a platform for information sharing, with the hope that at a minimum, it allows for the allocation of ad hoc funding made available during the lifespan of the project, and the updating of priorities in the catchment. The Source to Sea project already has helped established partnerships and has many dedicated individuals.

The Urban Natural Assets (UNA) for Africa programme is funded by the Swedish International Development Cooperation Agency, through the SwedBio programme at Stockholm Resilience Centre. UNA Africa is a supporter of the Source to Sea Project. Through funding from Swedbio, the development of this website has been possible.